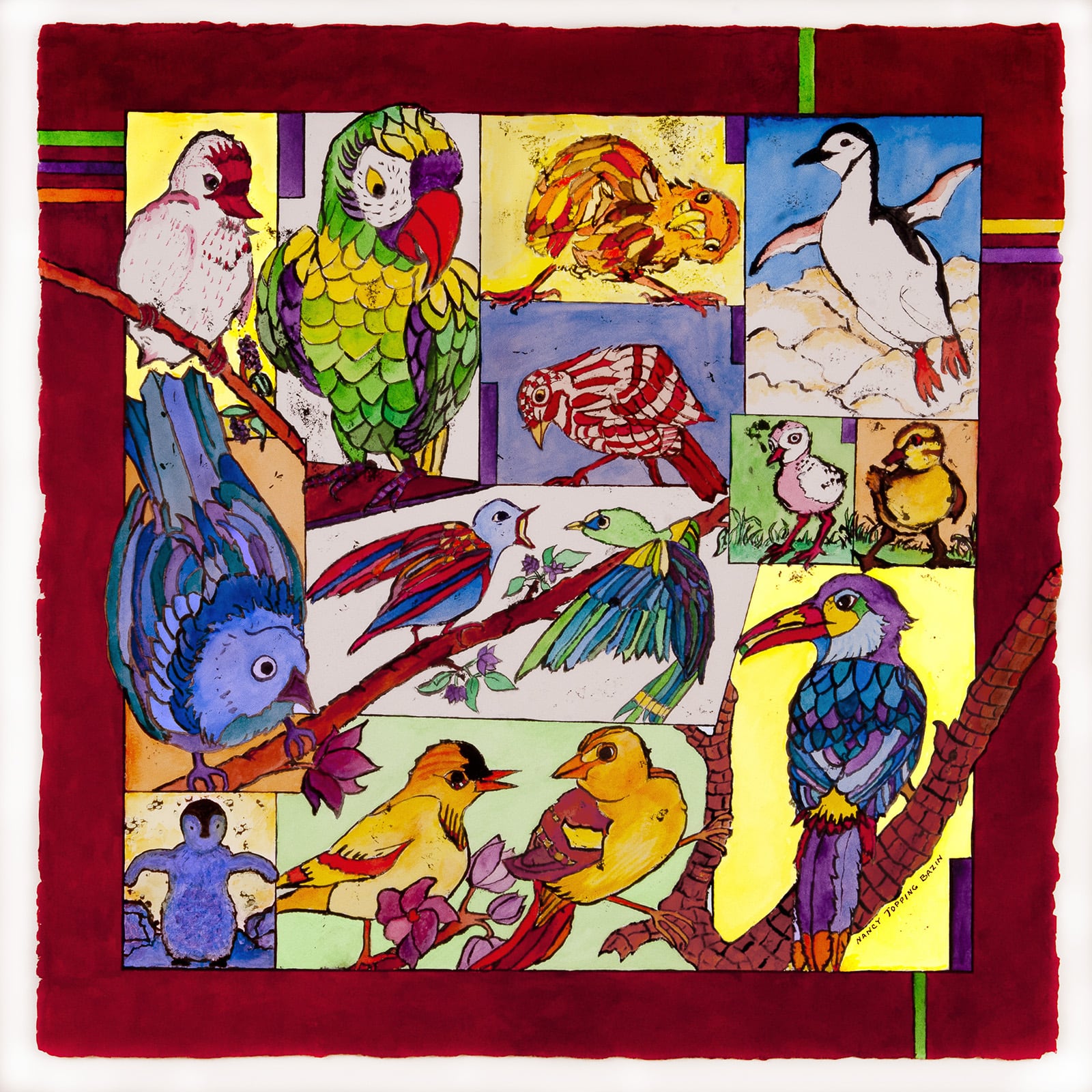 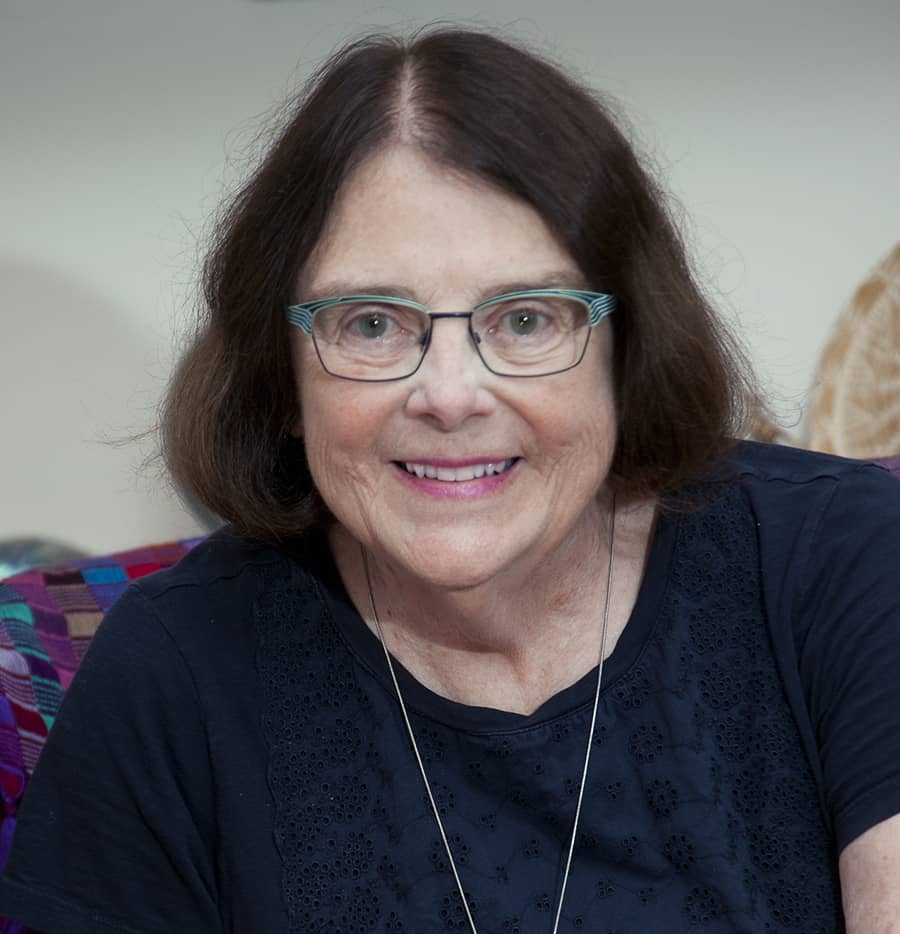 My goal in this painting was to create a feeling for the lives of diverse birds at a particular moment in time. My birds are whimsical rather than realistic. I look at a real bird, but I feel free to alter the colors and patterns on that bird. I enhance the bird's attitude and personality which often adds humor and the suggestion of a story.

The square format is divided into varied shapes, much as an "abstract" painting might be. Each geometrical section is inhabited by one or more of my whimsical birds; yet sometimes, they overlap or interact, making it more complex.

People tell me my colorful birds make them feel happy. I am delighted that my art serves this purpose.

Artist Statement
My art is displayed continuously at the D'Art Center (Norfolk), The Artists Gallery (at VBAC in Virginia Beach), and The Gallery Shop (Portsmouth). From 2007-2011, I was one of the five Managing Artists at Pembroke 4 Art Gallery. Locations of my twelve solo exhibits include The Norfolk Botanical Garden, the Central Library of Virginia Beach, The Virginia Children's Museum, and For Arts Sake Gallery in Henrico, VA.

My work has been published in several books and has been juried into local, statewide, regional, national, and international exhibits. I have received 73 awards and published my own book WHY I LOVE TO PAINT BIRDS. As a juror, Jeff Harrison, Curator Emeritus of the Chrysler Museum, said of my whimsical bird paintings: "Creating an entire world is an uphill battle for any artist, but Nancy Topping Bazin has done just that, populating a whimsical realm of fantastic, feathered creatures, a world of brilliant color and bold, semi-abstract patterns. It's a charmed place of pure imagination that offers hours of joyful contemplation."

Bio
I was born in Pittsburgh, PA and grew up in Oakmont, a town of 10,000 along the Allegheny River, a short distance to the north. Encouraged by my mother, I began to draw when I was very young. In eighth grade, I was selected to take Saturday art classes in Pittsburgh with the remarkable teacher Joseph Fitzpatrick, who, during thirty years, taught hundreds of young Pittsburgh artists, including Andy Warhol.

When I went to Ohio Wesleyan University, I almost majored in art. However, I did not enjoy my first art teacher, his course, or his art; so I decided to major in French and English instead. After graduating, I spent a year in France working on my Master's degree in French. Then, I earned a Ph.D. in British literature and spent the rest of my life diversifying the curriculum to include women writers, literature of the developing world, and world literatures written in English.

When I retired from chairing the English Department and teaching and writing about literature and women's studies, I went back to my first love--art.
I began taking art classes at the Studio of Fine Arts in Ghent (Norfolk) but was soon taking classes and exhibiting my art in six of the major cities in Hampton Roads. I then began taking workshops with the finest teachers in the United States, primarily at Springmaid Beach in Myrtle Beach and Springmaid Mountain in western North Carolina. Thus, my thirty-year career in literature and women's studies was followed by a second career of twenty-one years in art.

My primary mediums have been pastel, acrylic, and, most of all, watercolor. The teachers who have influenced me most have been Norman Goodwin,
Carrie Burns Brown, Mary Todd Beam, and Linda Baker. Now, at age 86, I am about to retire slowly from this second career.